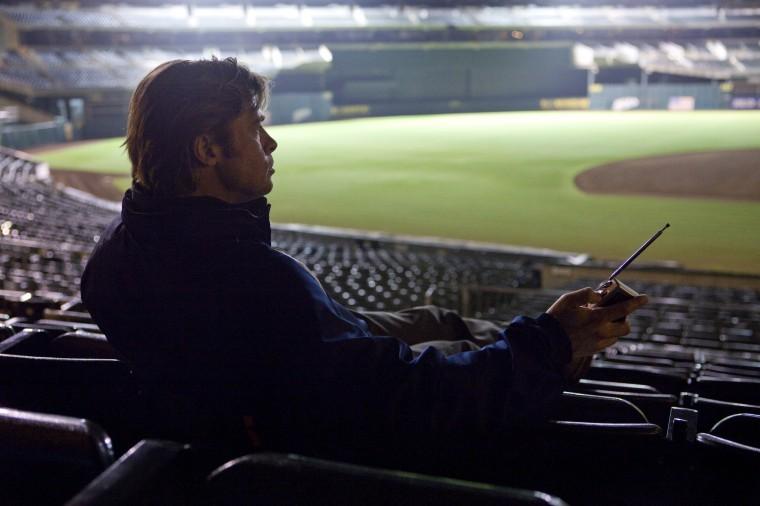 Brad Pitt is shown in a scene from "Moneyball."

In our first design meeting “Moneyball for Investing” became a catchphrase for our application. Everyone latched on to it, including me. But there was one significant issue, where would we get the data?

For those who are unfamiliar with the term Moneyball, it is the name of a book, which subsequently was made into a major motion picture, starring Brad Pitt, of the same name. The story is about the 2002 Oakland A’s Major League Baseball team, and more specifically about their General Manager, Billy Beane. The A’s got crushed by the New York Yankees in the 2001 American League Division Series, and then lost three of their star players to free agency. Beane needed to replace those players, but didn’t have the budget to do so. Like any entrepreneur, he got inventive.

Using data, Mr. Beane built a system for finding players at a low cost that could win games. Through trials and tribulations the team figured out how to win even though they are a team of Misfit Toys. They even went on a historic win streak during the season but ended up losing in the American League Division Series again.

Mr. Beane changed the game of baseball forever. The Red Sox would go on to win the World Series two years later using the Moneyball strategy. That win broke the Red Sox’s 86 year streak of not winning a World Series.

The Moneyball approach works. But it is dependent upon one crucial item: data. Baseball has been collecting data on their players since the 19th century. That data has been accessible to the average fan since 1951. Why it took so long for baseball leadership to figure out that they could use statistics to make hiring decisions is a whole separate post, but it is a lesson that investors haven’t learned yet either. Statistics for investments have been around much longer than baseball, so why are people still using their intuition when making investment decisions?

To be fair, there are some venture firms, like SignalFire, that are using data to make investment decisions. But SignalFire is a rarity, not the norm.

The goal in Moneyball is to ensure that your decisions are based on empirical evidence supplemented by your investment instincts. To make those decisions you need to track what you thought about a company, and the reason(s) why you made the decision that you did.

When you find a company that you are interested in investing in, you add their data to Osparna. Using our weighting capabilities, you can decide with confidence whether or not to invest in this company. If the investment decision needs to be made quickly, do you want to trust your gut in that situation? What if your gut is telling you to invest simply to avoid Fear Of Missing Out? That is not a good reason to invest in a company. Remove the emotional component and invest using defined criteria.

Osparna allows you to be more consistent and offers a repeatable way of making decisions. In addition, Osparna will help you explain to your LP’s why you selected or passed on each investment. Many of our customers are investors that have significant reporting requirements. If you need to show visibility and track record to your LP’s, we have you covered.

Osparna is a new way of making investment decisions. Moneyball for Investing, if you will. Contact us to learn more.